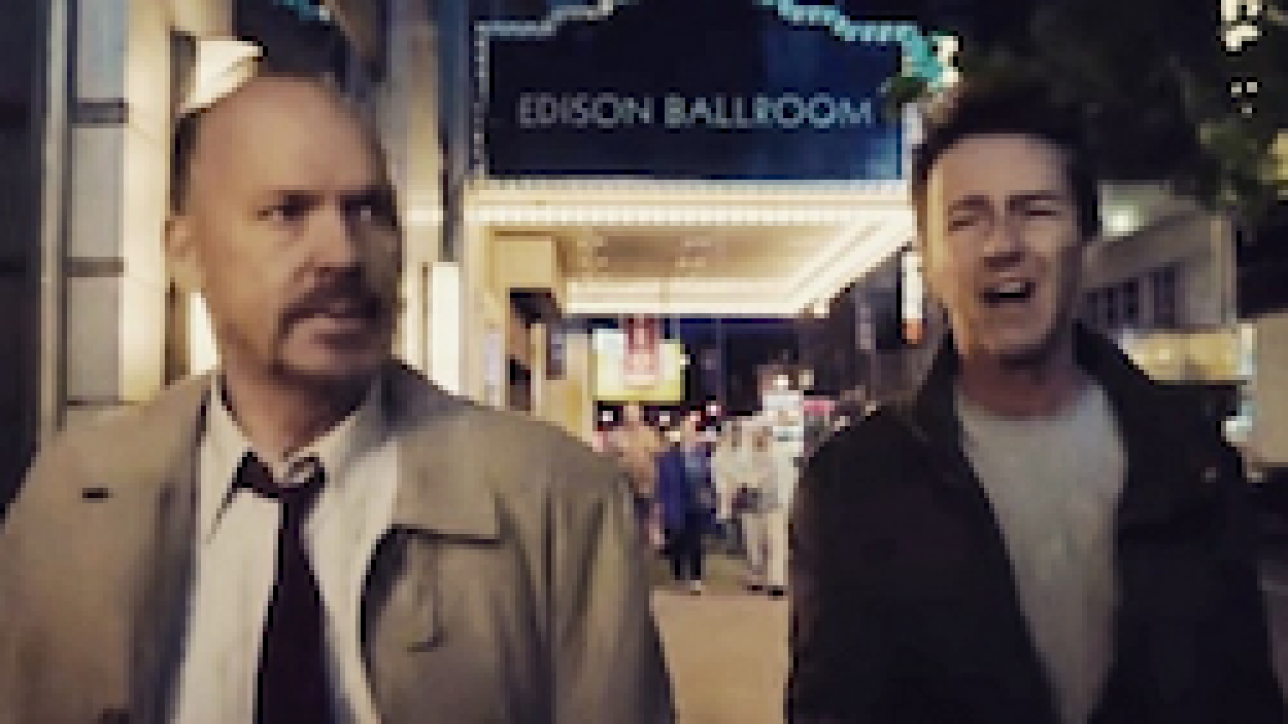 Last night was the 87th annual Academy Awards filled with crying and laughter, dresses with 6,000 details (seriously, Lupita’s dress had 6,000 pearls), and activism speeches. Here’s what we learned from the film industry’s biggest night of the year.

1. Neil Patrick Harris is wildly entertaining, even when he isn’t

Neil Patrick Harris is a Tony Awards and Emmys host veteran, who can now add Oscars host to his resume. Harris was named one of Time Magazine’s 100 most influential people in 2010 and has become an esteemed man of all trades with a net worth of $35 million. His host job for the Oscars had mixed reviews, some finding him entertaining while others found the performance a bit ‘lack-luster.’ He began the show with a joke regarding the absence of African American nominees at this year’s show saying, “Tonight we honor the best and whitest…I mean brightest.” #OscarsSoWhite was trending.

He told Extra that he planned to take a selfie that one-upped Ellen DeGeneres, but the selfie never happened. There were few moments that went viral and a few jokes that got more laughs than others, but overall Neil Harris Patrick played host like a pro (well, he is). He sang, he danced, and he even showed off his abs. Harris stated that when he hosts an awards show, he likes to get completely involved, taking on roles of almost producer and director.

2. Liberalism is alive and well.

The evening began with Reese Witherspoon backing the #AskHerMore campaign, posting a message to her 1.9m followers on Instagram, in addition to the ever present press on the red carpet, encouraging interviewers to do a less-sexist job. It had the desired effect; they did indeed quiz her about more than just her outfit and designer of choice.

From Imitation Game screenwriter Graham Moore, who delivered a passionate speech on suicide and teen awkwardness to Dana Perry, dedicating her win to her son, who had taken his own life, Hollywood took a stand for what they believed it.

Despite the Oscar’s shortcomings when it came to ratings this year, celebrities made it their duty to stretch their message across all platforms of social media using hashtags to spread their word.

Life goals: Say anything that makes Jennifer Lopez and Meryl Streep act like that.

But perhaps the most compelling speech was that of Common and John Legend, who picked up best song for Selma’s Glory. Both made touching speeches about the Civil Rights Movement’s past and future.

3. Pale is the new black

The red carpet was flooded with fifty shades of pale last night. Lupita Nyong’o’s stunned in Calvin Klein along with Keri Washington, performer Lady Gaga, and Reese Witherspoon who were draped in pale. Lupita Nyong’o’s dress had over 6,000 pearls! The trend was confirmed with fashion queen, Anna Wintour rocking the shade, complete with a fur shawl. She normally does not attend the Oscar’s but decided to skip London’s fashion week to attend.

4. The Oscars still have trouble speaking to younger audiences.

Ellen’s selfie was a stroke of Twitter genius, making the pic go viral immediately and generating the highest ratings for the Oscar’s since 2000. Although Adam Levine, Lady Gaga, and Rita Orta performed, all the performances were a bit “meh” and had a drought of risk taking. Even Lady Gaga’s performance, while beautiful, was conservative. Lady Gaga’s performance led to the most tweets per minute of the night, but her huge 44.5 million Twitter following could have been the cause of creating such a stir.

Gaga chose to take the traditional route with her performance, honoring The Sound of Music that won Best Picture 50 years ago. She performed My Favourite Things, Climb Every Mountain, and Edelweiss and was the standout musical moment of the night.   Here’s the full performance.

5. Emma Stone is a fashion queen.

Last year, she rocked a jumpsuit at the Golden Globes that turned heads. And this year, Emma Stone graces every “Best Dressed” list this year with a shimmering yellow couture dress by Ellie Saab.   It’s coming to the point where it’s not a question of whether Emma Stone will be on the best dressed list; the only question is what exactly she’ll choose to wear to land on said list.

Last year, John Travolta was wack-tastic when he mangled Idina Menzel’s name just before she came out on stage to sing “Let It Go” from “Frozen.” Well, this time around, Nazim—er—Menzel, got even by playfully and purposefully introducing him as “Glom Gazingo”

Travolta still managed to steal the stage and perplexed looks from the crowd when he was overly touchy and in Menzel’s face. Her chills were multiplying as he grabbed and got nearly lip-to-lip on stage with her.

Travolta’s behavior even made it into Harris’ aforementioned box of predications: “Travolta will be back again next year to apologize to Idina for all the face touching,” the host said.

American Sniper was a favorite this year, but only took home one win out of six nominations.

The Imitation Game had one win out of eight nominations.

Birdman, directed by Alejandro G. Inarritu won Best Picture. The Edison Ballroom even made an appearance in the film of the year, (who knew!) We’d like to think we had a lot to with the win!

Julianne Moore won Best Actress for Still Alice, while Eddie Redmayne surprised everyone by winning Best Actor for The Theory of Everything.