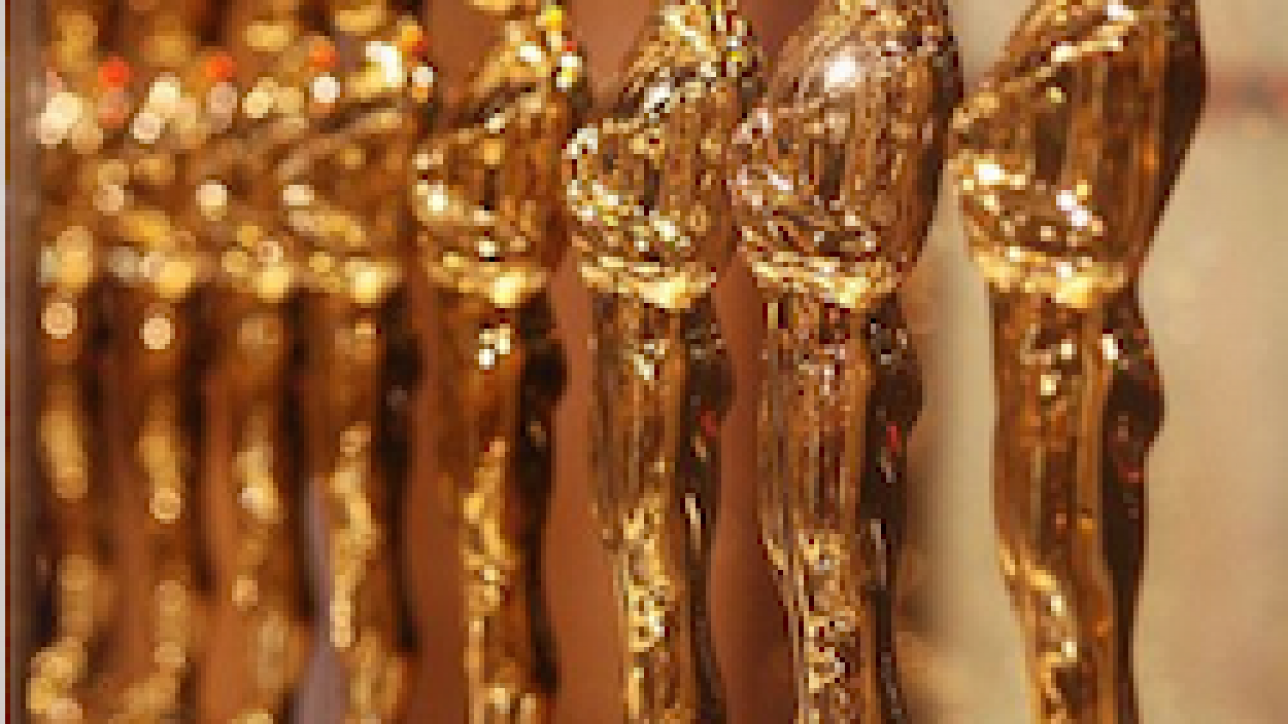 The Academy Awards begins at 8:30 p.m. EST this Sunday, at the Dolby Theatre in Hollywood. In honor of one of the most anticipated ceremonies of the year, we have put together a list of little known and interesting facts about The 2015 Academy Awards, which is The Academy of Motion Picture Arts and Sciences 87th show. We discovered what it takes to put on a show of this stature while uncovering some interesting information along that way.

Most of us tune in for the glitzy dresses and to watch our favorite stars look oh-so-glamorous, while neglecting to take into account the strenuous preparation and Oscarnomics it takes to produce an event this large. Here’s information about the Oscars that’ll make the show worth watching this year.

1. Its Value to Media and History–Far from the eagerly anticipated and globally televised event it is today, the first Academy Awards took place out of the public eye at the Hollywood Roosevelt Hotel on May 16, 1929. Tickets cost five dollars: seven dollars cheaper than a single movie ticket in today’s industry. Also, the results were not anticipated, as the winners had been announced three months prior. In an effort to heighten excitement surrounding the event, that following year the Academy kept the results secret until the night of, only revealing a list of winners to newspapers at 11 p.m. that night. The policy continued until 1940, when it was the breaking of the agreement by the Los Angeles Times that sparked the Academy to change its ways. After printing the names of winners in its evening edition of the LA Times that was readily available to guests arriving at the ceremony, the Academy chose to forgo the embargo to adopt the sealed-envelope system still in use today.

The first televised Oscar ceremony in 1953 enabled millions throughout the United States and Canada to watch. In 1969, the Oscar show begun broadcasting internationally, now reaching movie fans in over 200 countries. As event and media professionals, it is intriguing to watch a ceremony transform into a momentous event in its industry and retain the attention of over 72 million viewers.

2. Because, seriously, everyone will be talking about it—I wouldn’t advise checking your social media accounts while the show is airing, as Twitter, Facebook, and Buzz ‘feeds’ will be cluttered with Oscar memes and fashion mishaps. As the world marches technologically forward, so have the Oscars, remaining not only relevant to its viewers, but a front-runner in blending event and entertainment technology. In 2011, the Oscars acquired the Emmy Award for Outstanding Creative Achievement in Interactive Media. Oscar content will be available on a multitude of devices to complement the broadcast. The Oscars Backstage will also be live at 7 p.m. on the WATCH ABC app. Samsung Galaxy® presents the ceremony again, so you know the digital set up will be Oscar-nomical. The Oscars Backstage allows fans to select from three channels that will pull from more than twenty live cameras strategically placed along the Red Carpet and throughout the back stage areas. The 10th annual, “Jimmy Kimmel Live: After the Oscars” airs at 2:05 a.m. Over the past six years, the comedy bit has gained over 55 million views on the host’s YouTube channel.

3.  Fresh Faces—Usually when the length of the show starts toying with the two-and-a-half hour mark, we start feeling antsy and bored hearing the same names and films being called again and again. Not a single winner from the 2014 Academy Awards were nominated this year. In the acting categories, almost half of the nominees are up for their very first Academy Awards, which will bring fresh faces such as Steve Carell, Benedict Cumberbatch, Michael Keaton and Emma Stone on to the stage. Notoriously secretive producers of the Oscars Neil Meron and Craig Zadan are hardly newcomers to the scene, but are also making history. This pair is the first team in sixteen years to consecutively produce the Oscars. With music director of Frozen, Stephen Oremus, and Hamish Hamilton, the genius behind Beyonce’s Super Bowl performance, on the team, they promise to blow this year’s Oscars out of the water for the thrice time.

4.  To see performances that will make history—Lady Gaga and Anna Kendrick perform for the first time, with Kendrick’s performance being described as something done “only at the Oscars.” Jennifer Hudson is sure to shine in her performance, as it is hard to forget her Whitney Houston tribute, “I Will Always Love You,” at the 54th Grammy Awards.

Oscars host Neil Patrick Harris has given a few clues about what to expect from Sunday’s ceremony. “We’ve come up with an idea that we think is unique to films but is also cool to watch live and…cool to watch at home,” says Harris to ABC News.

5. If it costs that much, it must be good—The Academy Awards extravaganza is one of the most expensive event productions ever. The Academy of Motion Picture Arts and Sciences scored a good deal with the Dolby Theatre in 2012, smartly leveraging the bankruptcy of former sponsor Kodak to negotiate a new 20-year lease. It is estimated that Kodak received $500 million worth of positive expose from the Oscars, and they aren’t the only ones. The city also benefits: The Los Angeles Economic Development Council says that Oscar fever brings $130 million into the economy every year.

Last year, the Academy spent $38.3 million on the awards show and its satellite events, up about $3 million from 2011. Creating the Oscar statuettes alone rack up to a sweet $45,000 grand. If you thought your invitations were pricy, think again. Stationary designer Marc Friedland spends 110 hours laminating, hand folding, and embossing 488 nominee cards, 24, bearing the winners’ names will be onstage, crafts winners’ envelopes.

Event staff: $240,000. In uniforms designed by ball chair Jeffrey Kurland, at least 1,00 personnel (including 350 culinary staff) will be dapperly ready to take on 1,500 VIP guests, working about twelve hours at an average of $20 an hour.

We’ve planned a few events in our day the Oscars are no joke.